The new message this week was: "Act like you have got the virus" - but the restrictions and guidance don't match that command.

Lockdown 3 is now underway – but is it enough?

It’s a question many are asking as cases and death rates in the UK continue to rise and pressure mounts on the Government to tighten lockdown rules.

It seems bizarre that while virus rates are worse than in the first lockdown, the restrictions are less stringent.

For example, nurseries are still open and more children are at school because the definition of key worker has been expanded.

This means more people are moving around and mixing more. We are also allowed to meet one other person for exercise purposes – and support bubbles are still allowed too.

Although while I am out having my daily walk in York, the streets are quite empty and buses look as ghostly as those I wrote about in lockdown 1.

The Government is coming under pressure to do more and act faster to bring down virus cases and deaths.

Ministers have not ruled out taking tougher action but you feel they are holding their breath to see the full impact of the new restrictions which only came into place six days ago on Wednesday, January 6.

It might take at least another week before we see whether they can let out a sigh of relief – that the restrictions have been enough.

If rates don’t start to level off or fall in a week or so, the Government will have no option but to take tougher action.

Many will say this is too late and that the Government is behind the curve – yet again.

We will know who is right soon.

Lockdown 3: Whose law is it anyway?

Meanwhile organisations are taking it into their own hands to get tougher on perceived rule breakers.

One well documented case was of the Derbyshire police stopping two friends who met five miles from home to have a walk. The women were carrying a hot drink, which officers deemed amounted to a ‘picnic’. The women were each fined £200, but the hoo-ha over the story led to the fines being withdrawn.

However, police forces across the UK are getting tougher on perceived rule breakers and issuing hefty fines.

Over the past weekend, North Yorkshire Police issued 70 fixed penalty notices for breaches of the Covid regulations. These included people having house parties in Scarborough. Yes, that was plural.

And this week supermarkets have announced they are going to be stricter with customers. No mask, no entry is the message coming from the likes of Morrisons and Sainsbury’s, while social distancing measures are to be enforced too,

To be honest, the supermarkets should have been enforcing this all along. It has been compulsory to wear a mask in a shop since late July.

There are exemptions for people who have medical reasons not to wear a masks – let’s hope this new crackdown is not an excuse to pick on this sector of society.

Sadly, I think that is too much to ask for as the public seem in a fighting mood.

The government needs to be careful not to pitch people against each other in this battle against Covid-19.

It is walking on very thin ice at the moment with its repeated ‘stay home’ message while still allowing more people out to work, keeping nurseries open and allowing limited social mixing, albeit one-to-one for exercise purposes.

If the government really wants us to act as we have the virus then everyone would literally have to stay at home as we would all be self isolating.

That is just not practical. We need key workers to do their jobs.

As for everyone else, well, yes, we could stay at home. 24/7. We’ve never had such a strict lockdown, but other countries have.

We should know in a week or two whether this will be command rather than a choice.

Facts of the day 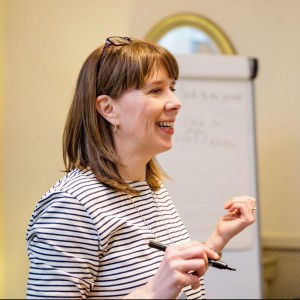 I am a professional journalist and editor who also teaches people how to do their own PR. My popular workshops, What's the story, show you how to write a press release in ONE day! I also hold PR clinics and offer 1:1 coaching and training. All available online.
All Posts

Stay up to date

Sign up to hear about my latest workshops and news.

I’ve been blogging during lockdown, mixing the personal with the political – and offering some light-hearted observations too.

Pick up some top tips and tricks on how to do your own PR and find out about my latest workshops and clinics.

Success Stories: My Clients In The Press

See how my clients have mastered their own PR. A collection of case studies from my What’s the story? workshops and clinics. Didn’t they do well!

More than one quarter of adults in the UK have now had a Covid vaccine – including my Mum. Yay!

Web Design by That's Her Business

Any cookies that may not be particularly necessary for the website to function and is used specifically to collect user personal data via analytics, ads, other embedded contents are termed as non-necessary cookies. It is mandatory to procure user consent prior to running these cookies on your website.